Plot:” In a world where any teenager can film with his own mobile phone and post all kinds of things on the Internet, Laura, an 18-year-old girl, spends a night in a club with her friend Mira. She gets drunk and smokes her first joint. In the morning she does not remember anything and discovers that her friend Mira has died. She wants to find out the truth and so she finds all of Mira’s posts on YouTube. The adventure of her life starts here. She wants to avenge Mira’s death no matter what. Her story of revenge finally returns to the Internet, the place where it all began”

WEBSITESTORY is an experimental feature film, filmed in 14 days with no traditional script. In fact, there were only two pages of the plot originally written and most of the dialogues were improvised on set.

In terms of Cinematography, it was a challenging project for the DP as it required a high grade of improvisation and also adaptability in both the lighting and camera department. Considered to be a low budget film (Euros 120.000) with many uncertainties on set as the story developed, it was a daring project to participate and contribute.  Despite all encountered problems, we manage to finish the film, publish it on screen and also participate in several film festivals such as :

“…Like I said, what he didn’t do during training, Dan Chisu catch-up on set, guiding with steady hand the actors and the director of photography.  Ovidiu Gyarmath is filming elaborated , stylish and convincing, composing careful geometry of the frame, playing expressively on the keyboard of lights and shadows – Here in mysterious chiaroscuro with violent contrasts, there beyond the pitiless clarity.” Mihnea Columbeanu

” ….What I really appreciate in the movie is the way it’s filmed. The camera surprises you at times and really grabs you.” 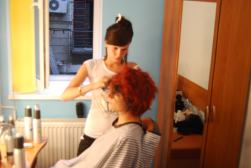 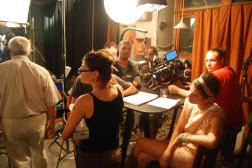 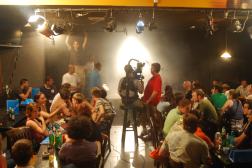 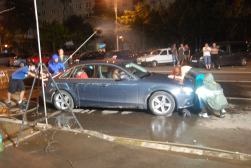 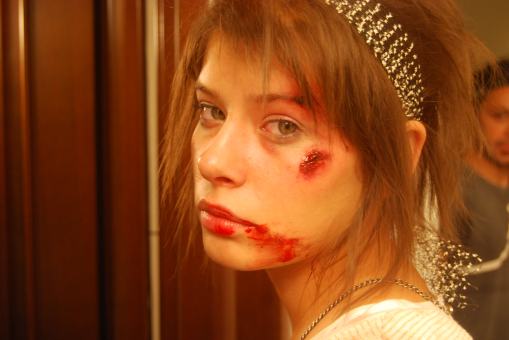 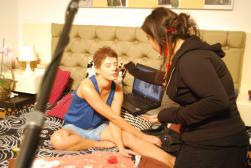